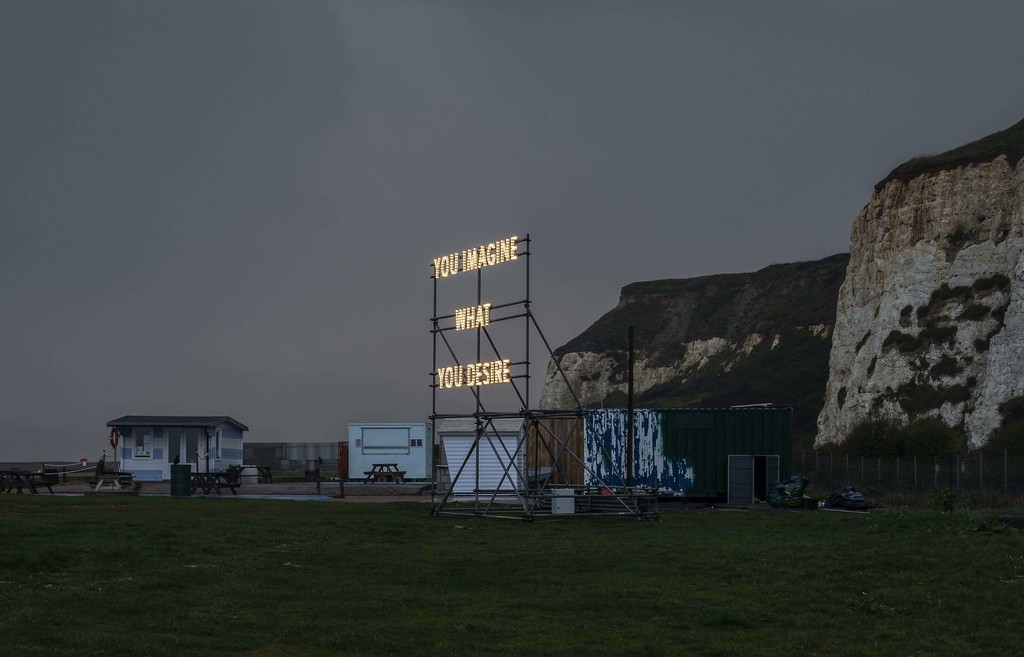 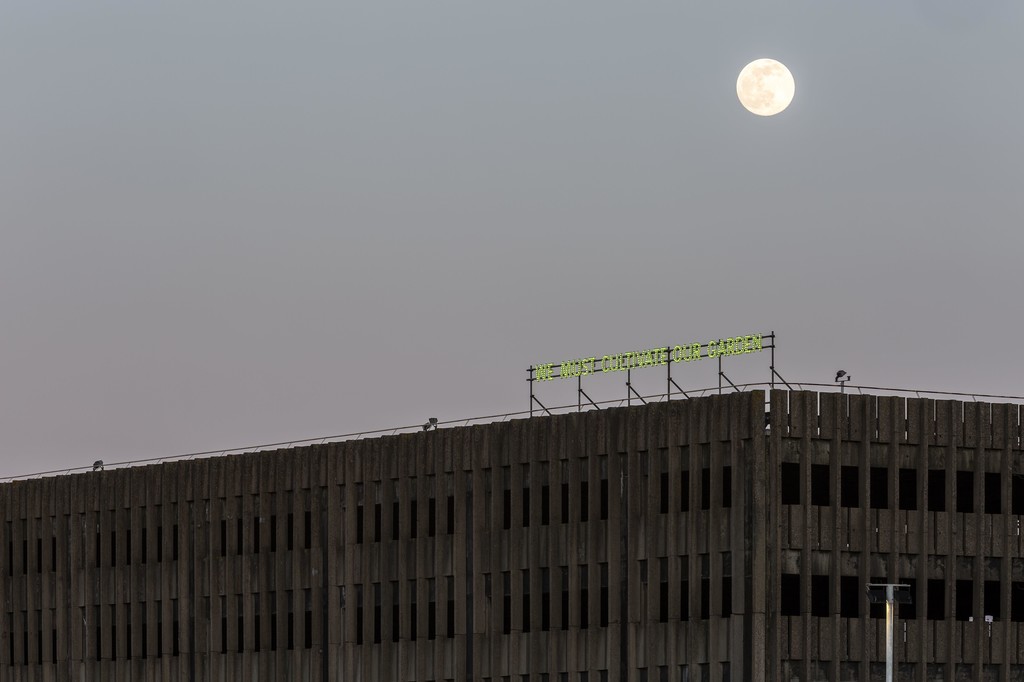 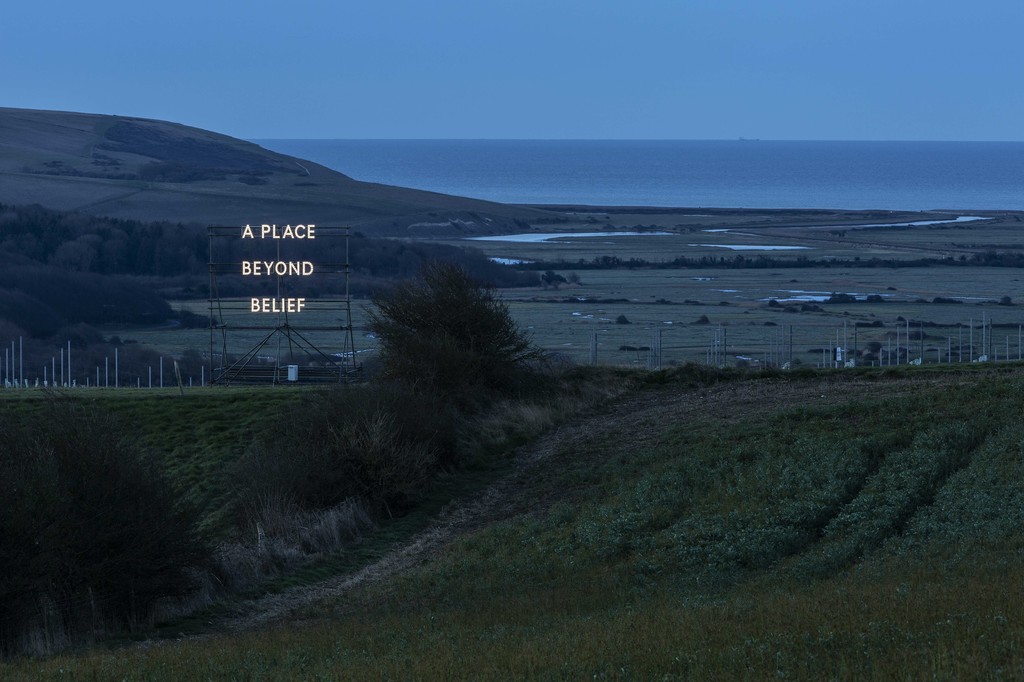 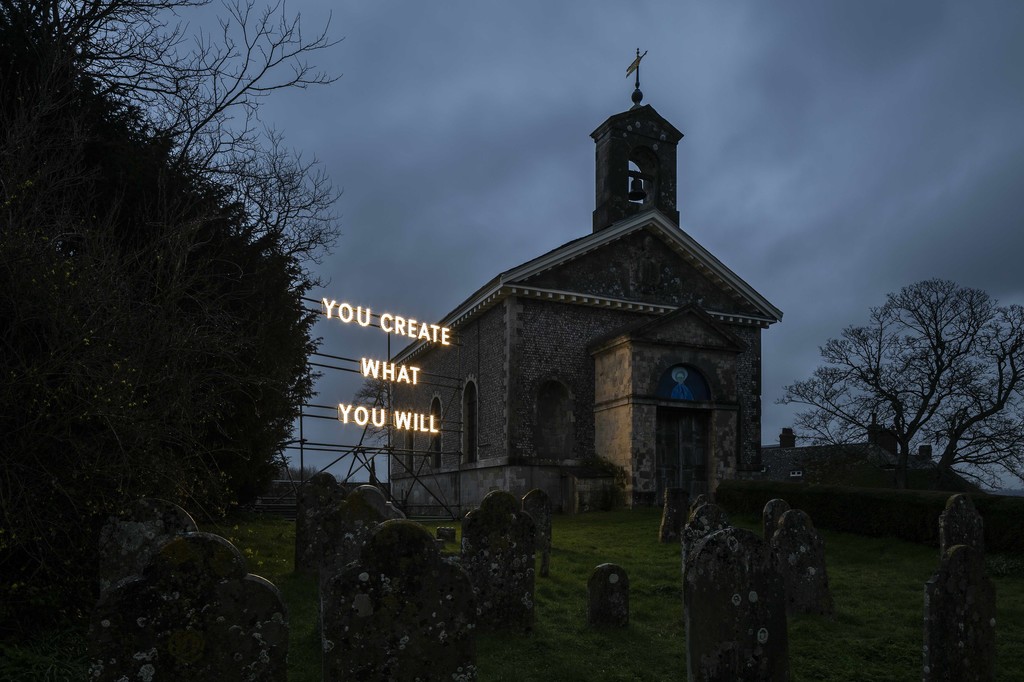 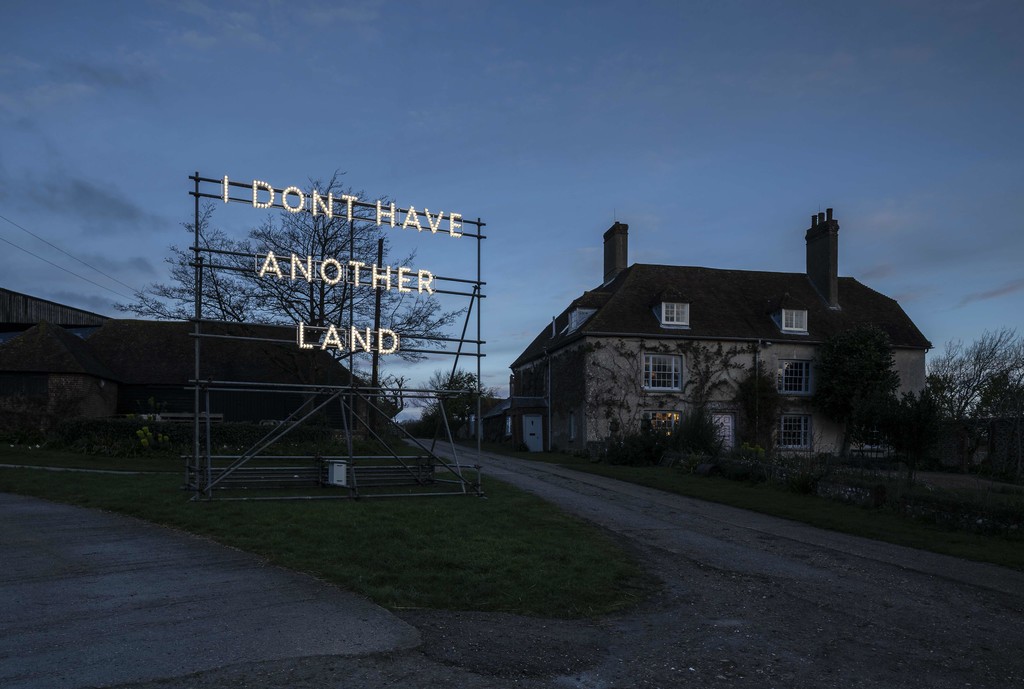 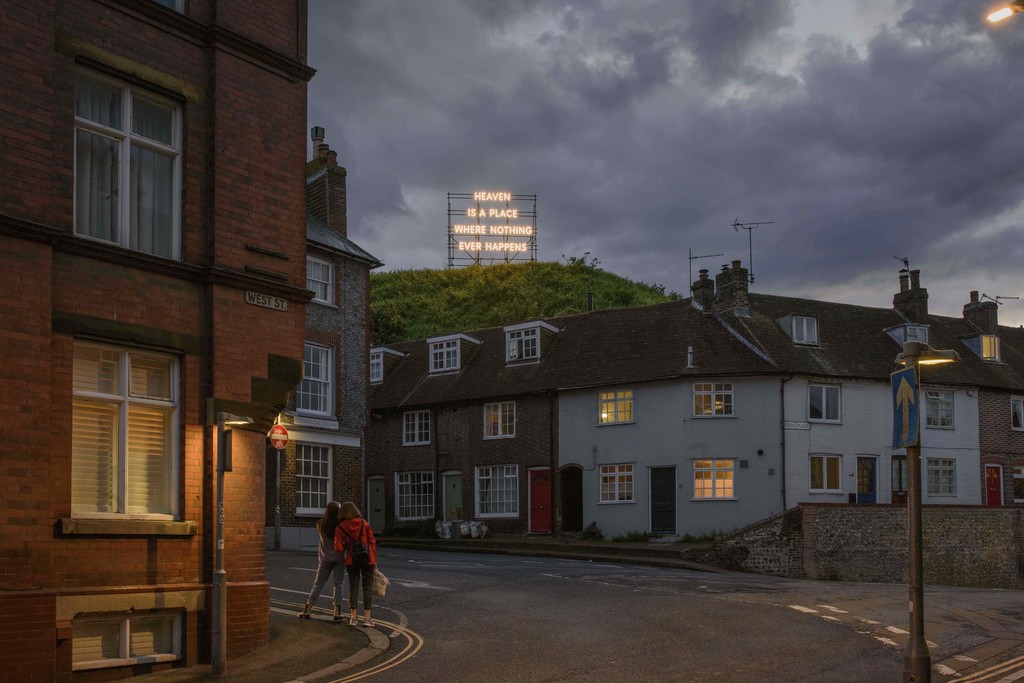 Six large scale outdoor text works installed at selected locations in and around the Lewes region of East Sussex, England

Commissioned by Sussex Modern and Charleston

Coley’s text sculptures have been exhibited across the world over the last 20 years, with each location creating its own singular context. Whether in a gallery in a former Nazi swimming pool, or on a remote Scottish island, both the sculpture and the site are changed through their partnership.…

Coley’s text sculptures have been exhibited across the world over the last 20 years, with each location creating its own singular context. Whether in a gallery in a former Nazi swimming pool, or on a remote Scottish island, both the sculpture and the site are changed through their partnership.

Now installed through the Sussex landscape, closer to each other than they have ever been, the works find themselves in fresh dialogue with their varied locations and audiences. Sculptures face out over the channel towards France, and peer over historic towns. Others sit in churchyards, vineyards and atop a derelict modernist carpark. A new commission is installed outside Charleston, the home of artists Vanessa Bell and Duncan Grant.

Constructed out of scaffolding and illuminated light bulbs, the text sculptures recall a sense of wonder and fairground impermanence; an anonymous voice proclaiming a message that is both instant and elusive. They challenge us to look again at the world around us and – ultimately - at ourselves.

WE MUST CULTIVATE OUR GARDEN, 2006

In May 1849, the railway arrived in Eastbourne and transformed the town. The Junction Road signal box is Grade II listed, one of only two surviving Saxby and Farmer Type 5 signal boxes in the country. The Junction Road car park dates from the 1960s and is not listed. Between 1958 and 1964, a direct Glasgow to Eastbourne sleeper train operated.

The 18th century satire Candide by Voltaire follows the journey of a disillusioned young man. The character meets kings and queens, a politician, a thinker and an artist on their travels before announcing in the final line: “we must cultivate our garden”, as if advising others to act practically and not optimistically when faced with similar disillusionment.

WE MUST CULTIVATE OUR GARDEN was exhibited at De la Warr Pavilion, Bexhill in 2007. It returns to Sussex after travelling the world, having appeared in places from Parc des Buttes-Chaumont, Paris during ‘Nuit Blanche’ (2008) to the roof of a homeless shelter in downtown Vancouver (2013). What does it say to us now?

HEAVEN IS A PLACE, WHERE NOTHING EVER HAPPENS, 2008

Lewes Castle was built as a Norman motte-and-bailey fort but, unusually, had two “mottes”. The area between Brack Mount and the motte on which the keep was later built is the interior courtyard, known as a bailey. It has been the site of a bowling green since 1640, but because the green is so uneven, the players in Lewes use a jack with flat sides to stop it rolling too much.

Heaven is a wooden roof or canopy over the outer stage of an Elizabethan theatre. In 1982, a prominent US Baptist claimed that Led Zeppelin’s “Stairway to Heaven” contained satanic references leading to it being played as evidence at the Consumer Protection and Toxic Materials Committee of the California State Assembly. Heaven is newly ironed cotton sheets on a freshly made bed. Heaven is a famous gay nightclub in Villiers Street in London.

HEAVEN IS A PLACE WHERE NOTHING EVER HAPPENS was originally commissioned by the Folkestone Triennial in 2008, and has since been exhibited by the Australian Centre for Contemporary Art in Melbourne in 2011 and presented in the church grounds of Lund Cathedral, Sweden in 2018.

The Cuckmere Valley was drained in the Tudor times, and man-made ditches line the valley floor. Apart from a small number of sea defences beneath the Coast Guard Cottages, the cliffs are being allowed to erode naturally. Rising global temperatures and sea levels will eventually cause flooding of the valley, creating a salt-marsh.

A young woman tells a story of travelling on the New York subway some weeks after 9/11. A Sikh man, a Black woman with a baby and a train full of fearful commuters are involved in a confluence which stretches their sense of perception, trust and humanity.

“At that moment, the woman realises that for New York to get past the attack, to move on and rebuild itself, it has to think anew, it has to look again. It has to get to a place beyond belief.”

In 2012, A PLACE BEYOND BELIEF was presented in the public park in Prishtina, outside the National Library of Kosovo. In 2013, the work was exhibited at the Kunstverein Freiburg - an art gallery in Germany which was a former Nazi swimming pool.

The name “glind” comes from the old Saxon word for an enclosure. The Trevor family have owned the estate for over 300 years. Dr Richard Trevor - who was Bishop of Durham between 1752 and 1771 - demolished the medieval building and commissioned the architect of the Bishop’s Palace in County Durham to design a new church. It was built by John Morris, a builder from Lewes, in the style of Venetian architect Andrea Palladio.

“Imagination is the beginning of creation. You imagine what you desire, you will what you imagine and at last you create what you will.” George Bernard Shaw, The Serpent, ‘Back to Methuselah’ (1921)

YOU CREATE WHAT YOU WILL was commissioned by the Biennale of Sydney in 2014.

The River Ouse used to flow into the sea at Seaford two miles east. In 1539 a cutting was made for the river, and the new haven was formed. Newhaven has one of the few sandy beaches in East Sussex, but it has been closed to the public since 2008. Above West Beach is the Newhaven Fort designed by 22-year-old Lieutenant John Charles Ardagh of the Royal Engineers to protect Britain from Napoleon III. It takes four hours to reach Newhaven from Dieppe by boat.

“Imagination is the beginning of creation. You imagine what you desire, you will what you imagine and at last you create what you will.” George Bernard Shaw, The Serpent, ‘Back to Methuselah’ (1921)

Previously, YOU IMAGINE WHAT YOU DESIRE was exhibited on the façade of the Museum of Contemporary Art as part of the 19th Biennale of Sydney in 2014.

In 1916 the writer David Garnett and his lover the painter Duncan Grant were conscientious objectors, and their love affair was criminalised. He wrote to his mother: “Vanessa has taken a house in Sussex and a farmer Mr. Hicks will employ Duncan and me and will teach me farming”. Over the following six decades, Charleston became the rural home of the Bloomsbury group, and Grant and Bell transformed the farmhouse into a modernist work of art.

“I dont have another land” was a piece of graffiti found on a wall in Jerusalem in 2005. In the Sussex context, do the words speak of something more universal, or more specific? Do we read the work as a reference to the people who created a home here, or as a reference to contemporary global or domestic politics?

I DONT HAVE ANOTHER LAND is a new commission