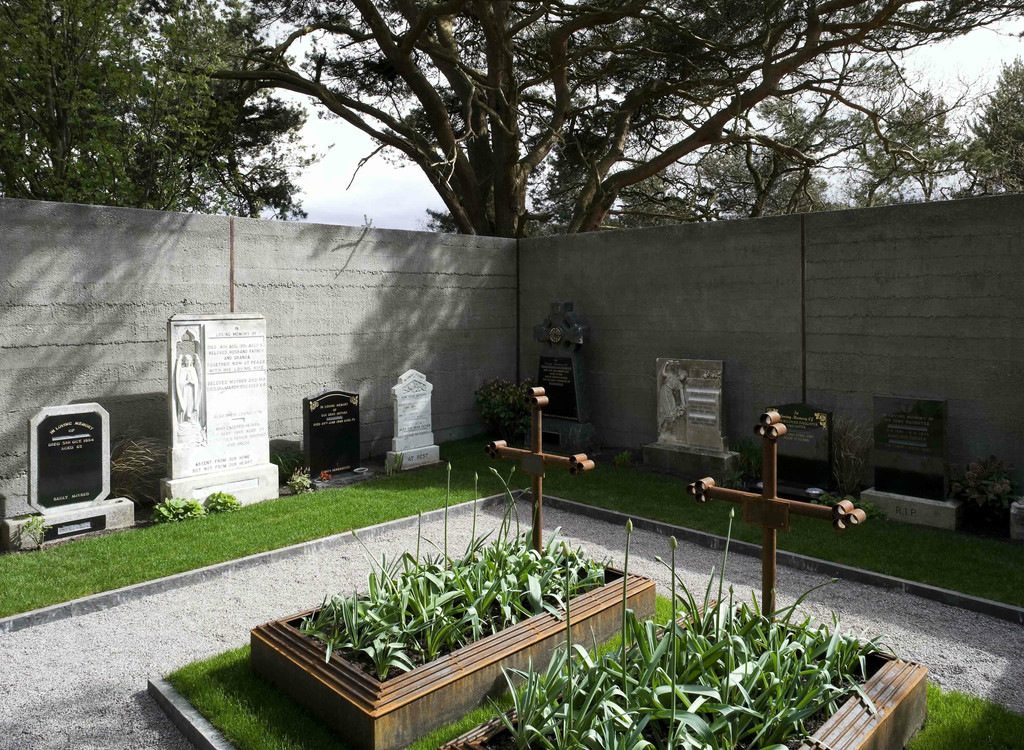 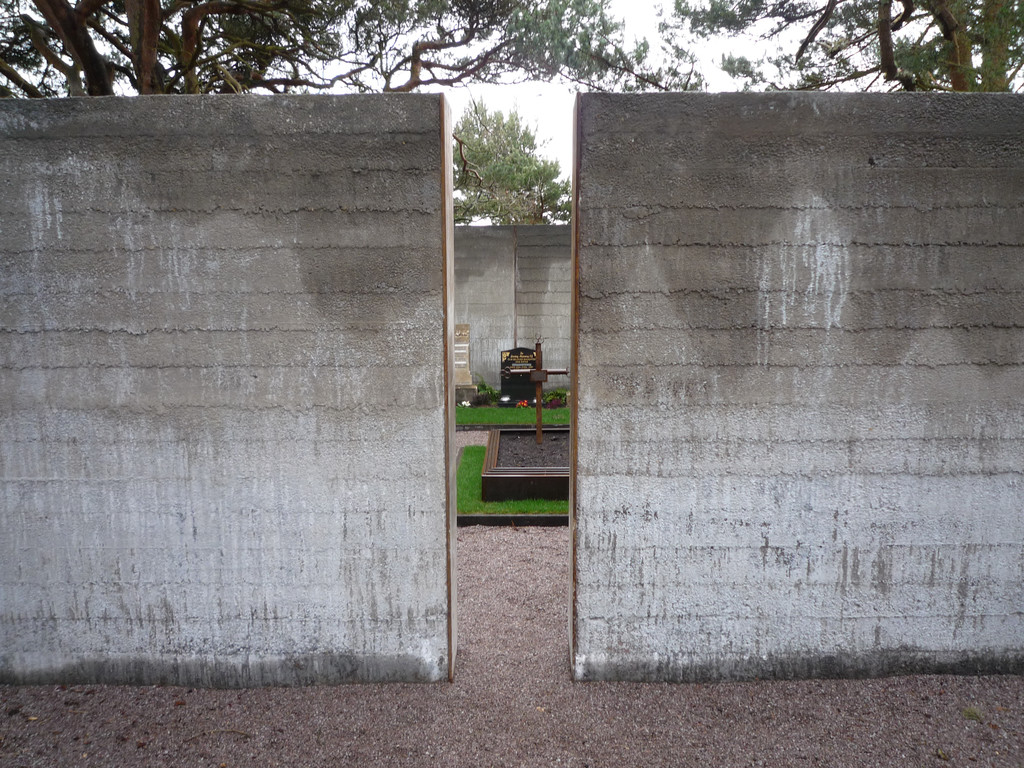 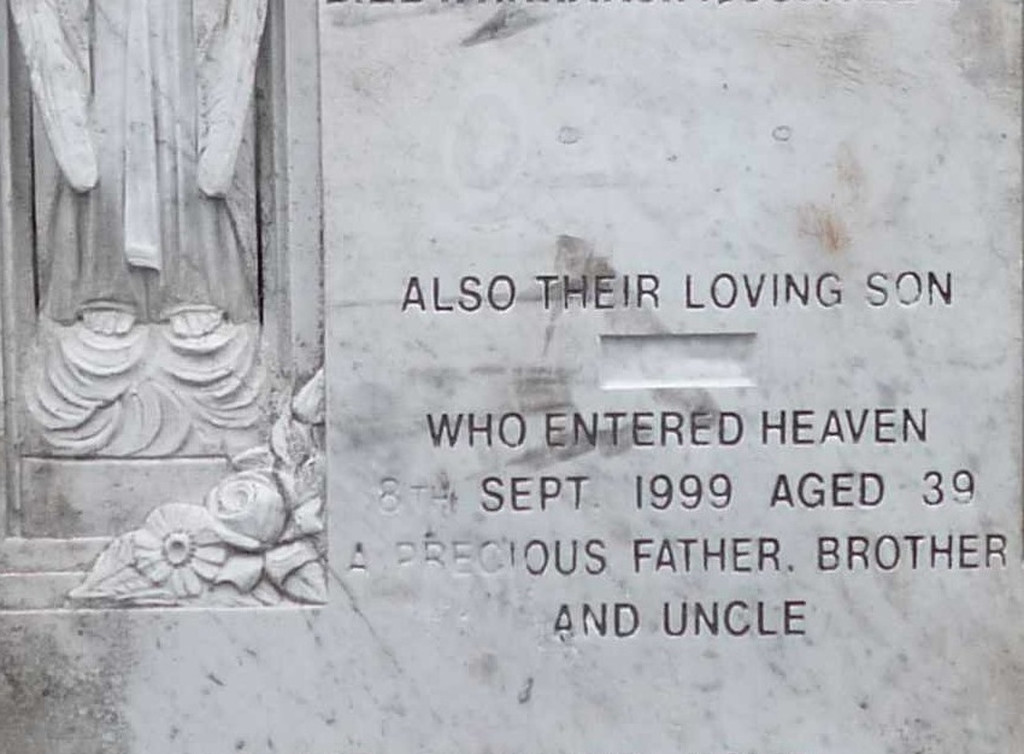 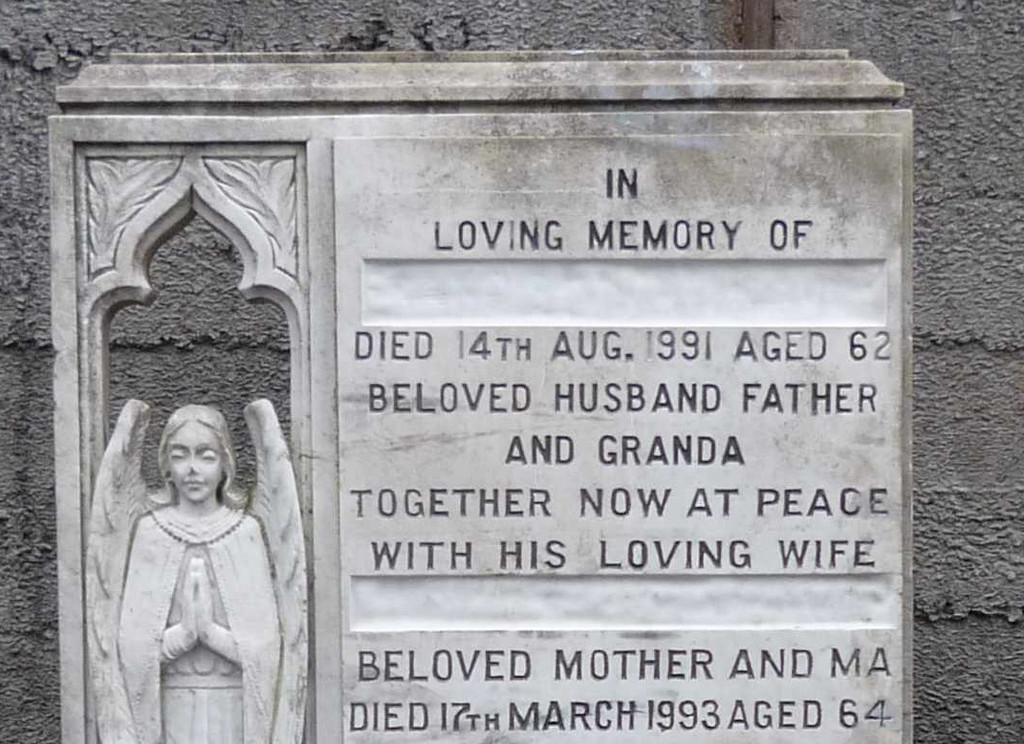 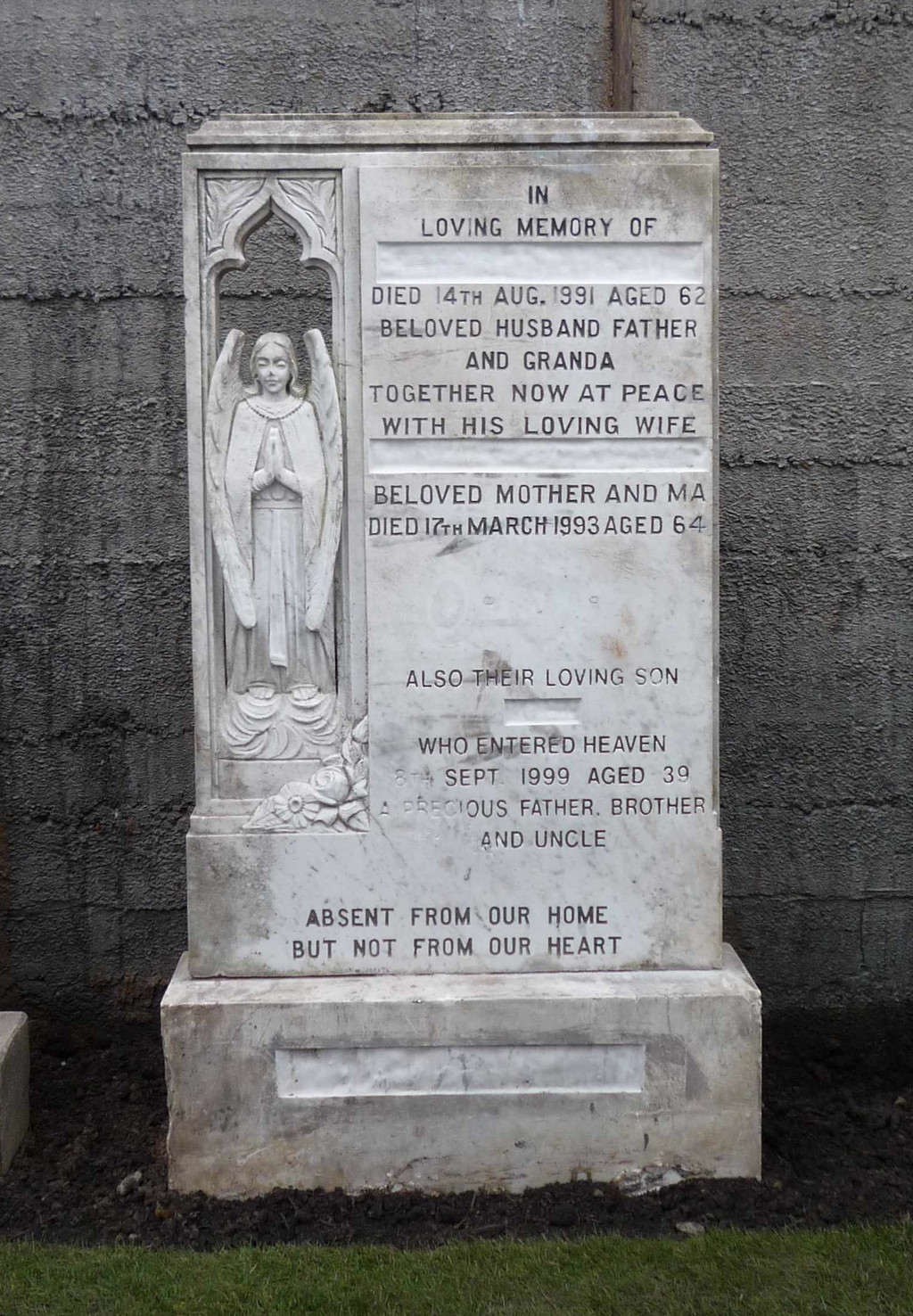 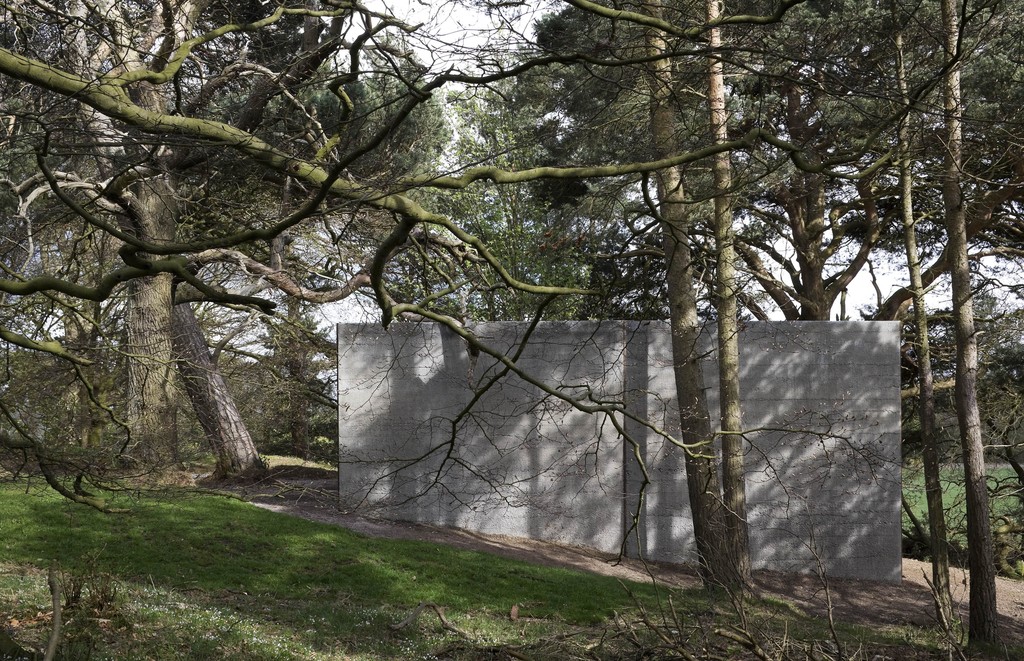 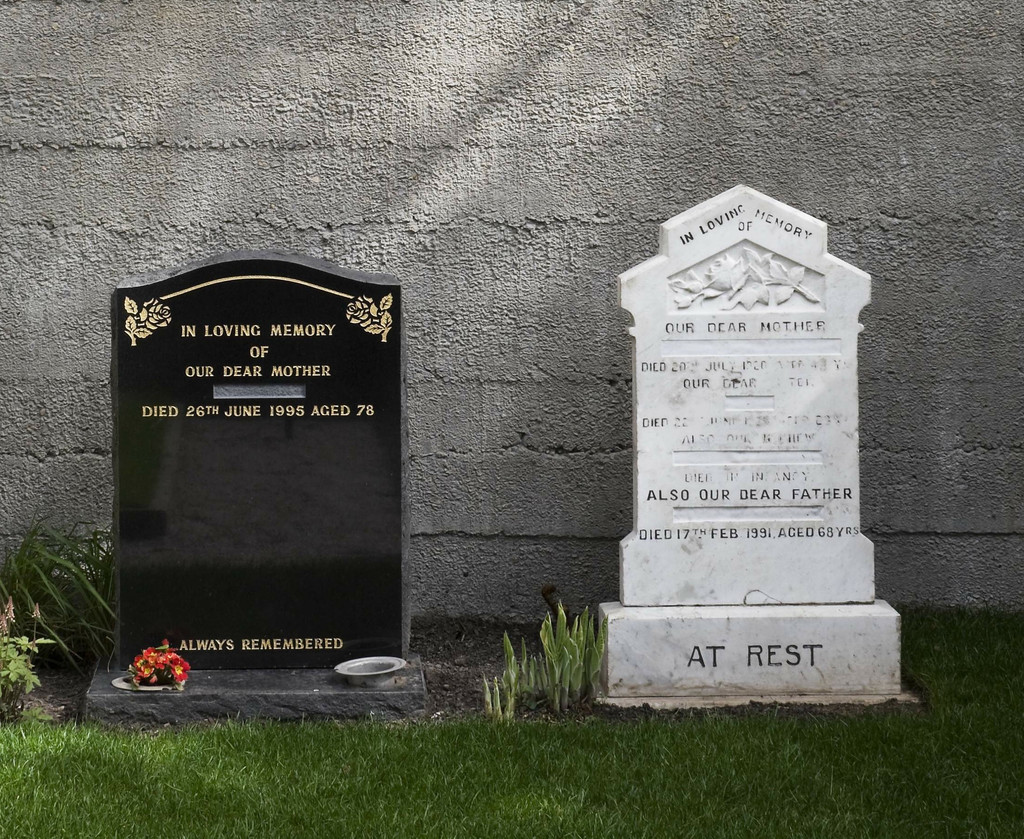 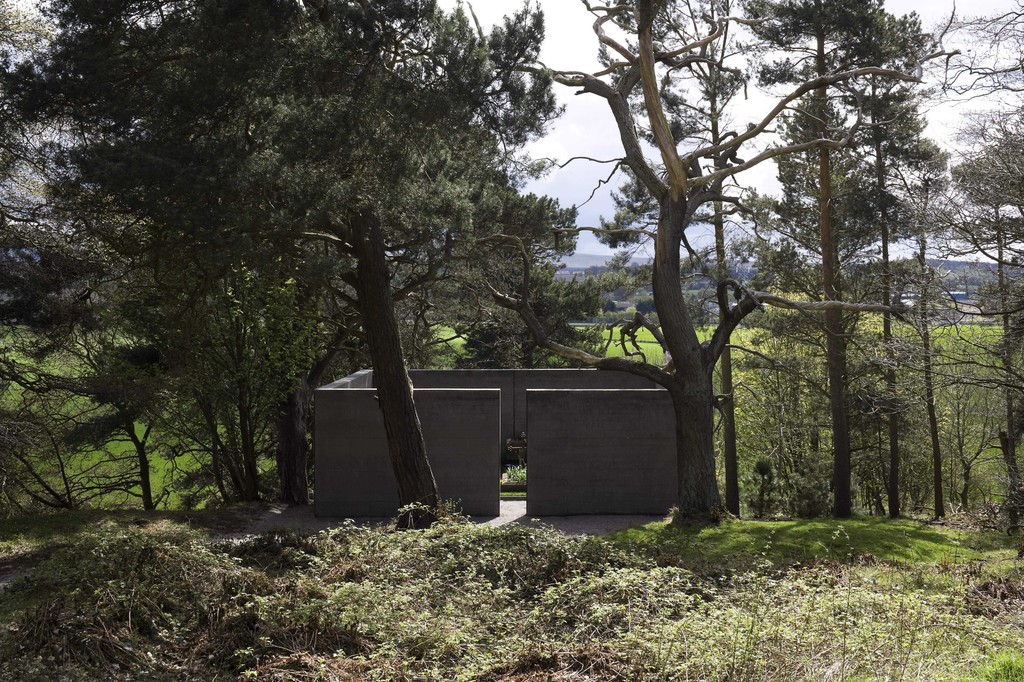 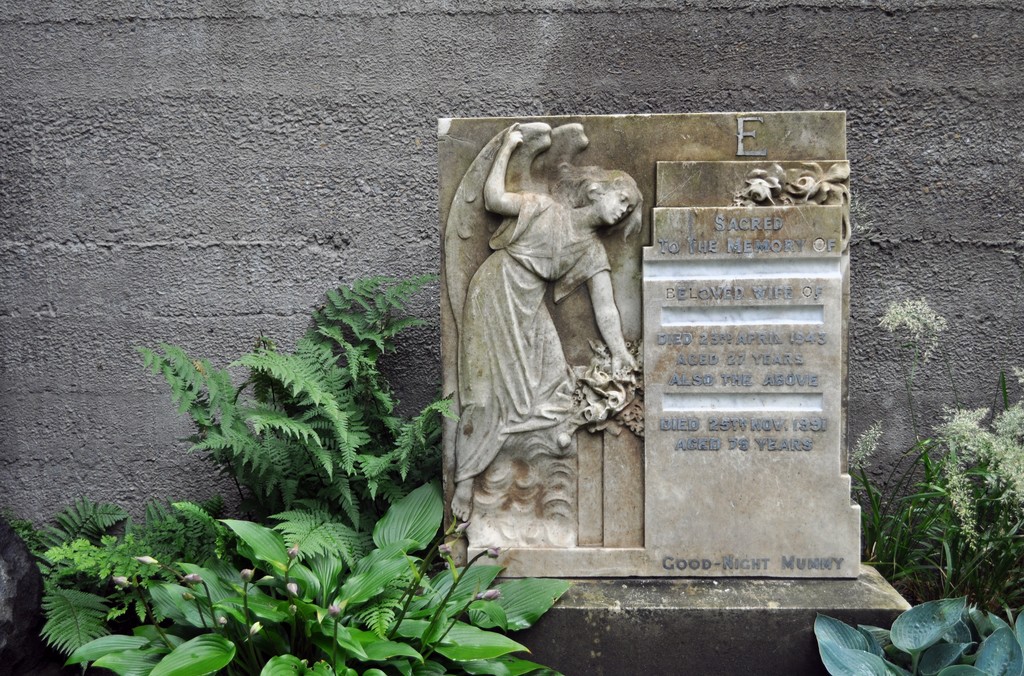 In the gently rolling, wooded grounds of Jupiter Artland, on the outskirts of Edinburgh, In Memory (2010) is a permanent installation comprising a concrete enclosure, which contains what appears to be a small, private graveyard, not dissimilar to those family burial sites to be found within many…

In the gently rolling, wooded grounds of Jupiter Artland, on the outskirts of Edinburgh, In Memory (2010) is a permanent installation comprising a concrete enclosure, which contains what appears to be a small, private graveyard, not dissimilar to those family burial sites to be found within many a private estate. The enclosure is a stark square, open to the elements and entered through a single, narrow aperture, the width of which is defined by the width of the artist’s shoulders. It is encroached by a single tree, a large branch of which rests on the upper edge of one side of the enclosure, but the tree itself is long dead, offering some pleasing form but no foliage.

Within the enclosure stand a number of headstones. They are quite clearly real headstones, rather than facsimiles, retrieved from burial sites. Yet, for one reason or another, they have been removed from the places for which they were made. The stones are clearly aged, preexisting, in effect “ready-made” objects retrieved from where they have been discarded. They appear here with one small but significant alteration: the name of the deceased has been excised from each stone, leaving only a blank: a negative space exposing fresh, unpolished stone. Surrounded by neat grass, some leafy planting, and accompanied by steel sculptural elements that combine the form of a headstone with a more industrial aesthetic, the lives marked are here anonymous. These very physical, material markers of lives lost have in their own way become lost, only to be gathered here. All that remains is the stone and the apparent labor of their making.

Though devoid of name, each stone retains its individuality through the remaining wording and imagery carved into its surface. Only meager, bald facts remain: dates, relationships. Words proclaim enduring memory, at odds here now with the stones’ reality as salvage. The removal of the names of course reminds us now of nothing more so than many an official, confidential document, contents edited, key details obliterated for “security reasons,” released to enquiries and investigative journalists. In so doing it introduces the idea of privacy and protection in the public realm, the sense of public space amplified through the planting—and the one included bench—being decidedly municipal in appearance.

Just as Coley’s earlier works, The Lamp of Sacrifice (Birmingham, 2000, and Edinburgh, 2004) looked at the physical manifestation of faith in a city, or rather organized religion, through a gathering of cardboard models of every place of worship listed in a phone directory, In Memory creates a different gathering, a place of coming together. It contrasts the immutable physical existence of the stones with the most immaterial and transient of concepts.

Nathan Coley has produced work throughout his career that carries a profound ambiguity. His best-known work, There Will Be No Miracles Here (2006), in the collection of the National Galleries of Scotland and displayed outside ‘Modern Two’,…

Nathan Coley has produced work throughout his career that carries a profound ambiguity. His best-known work, There Will Be No Miracles Here (2006), in the collection of the National Galleries of Scotland and displayed outside ‘Modern Two’, is a perfect example; bold in its exclamation, yet somehow completely unknowable in its message.

Just outside Edinburgh, tucked into a corner of West Lothian woods, sits another work: In Memory (2010), a beguiling permanent commission at Jupiter Artland. It is encountered in a small dip on the edge of Jupiter, in what feels like a very private corner of Bonnington House. In fact, I hesitated on first viewing, wondering whether I should keep going towards the austere square of cement walls. Beyond the single threshold – deliberately narrow so that visitors must enter individually – you find a small graveyard, a common sight in many country estates. Once inside, the life and vitality of the surroundings are gone, blocked out by the high walls. A single tree looms over the space from the outside, itself dead and without foliage.

Then an extraordinary realisation. The graveyard is a familiar space, but the names have been removed from the headstones. Only the dates of birth, death and the commemorations remain. Moreover, the stones themselves are surely too old and weathered to have been fabricated for the work. Indeed, Coley has worked with the readymade throughout his career.

So, what has happened here? Who was ‘a precious, father, brother and uncle’, dead at 39? As with much of Coley’s work, we will never know. We are only left with our thoughts and the impact the space has on us as individuals. The erasure of the names of the dead is deeply unsettling; something that perhaps speaks to our need for remembrance. Yet, we all know this place. There are countless names known only to us that could appear on those headstones.

In Memory does what all good art does - it pulls you out of immediate experience and conveys something profound about the world and our place within it. What makes Coley’s work remarkable is that you are never quite sure what that message is.

written for The Fleming Collection website: My Favourite Scottish Work of Art. Jan 2020