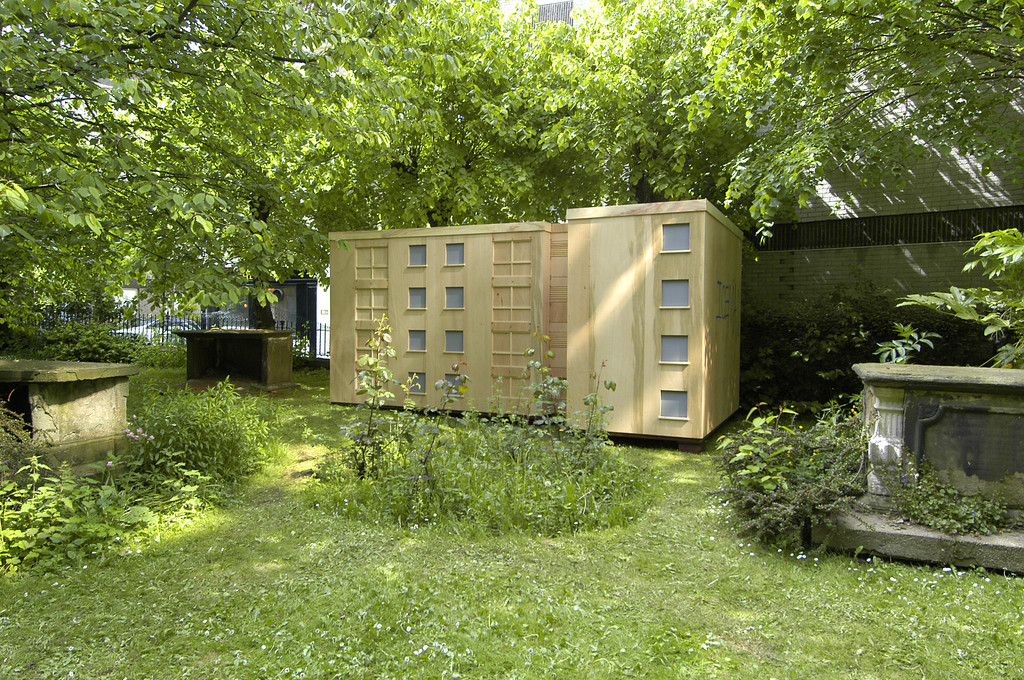 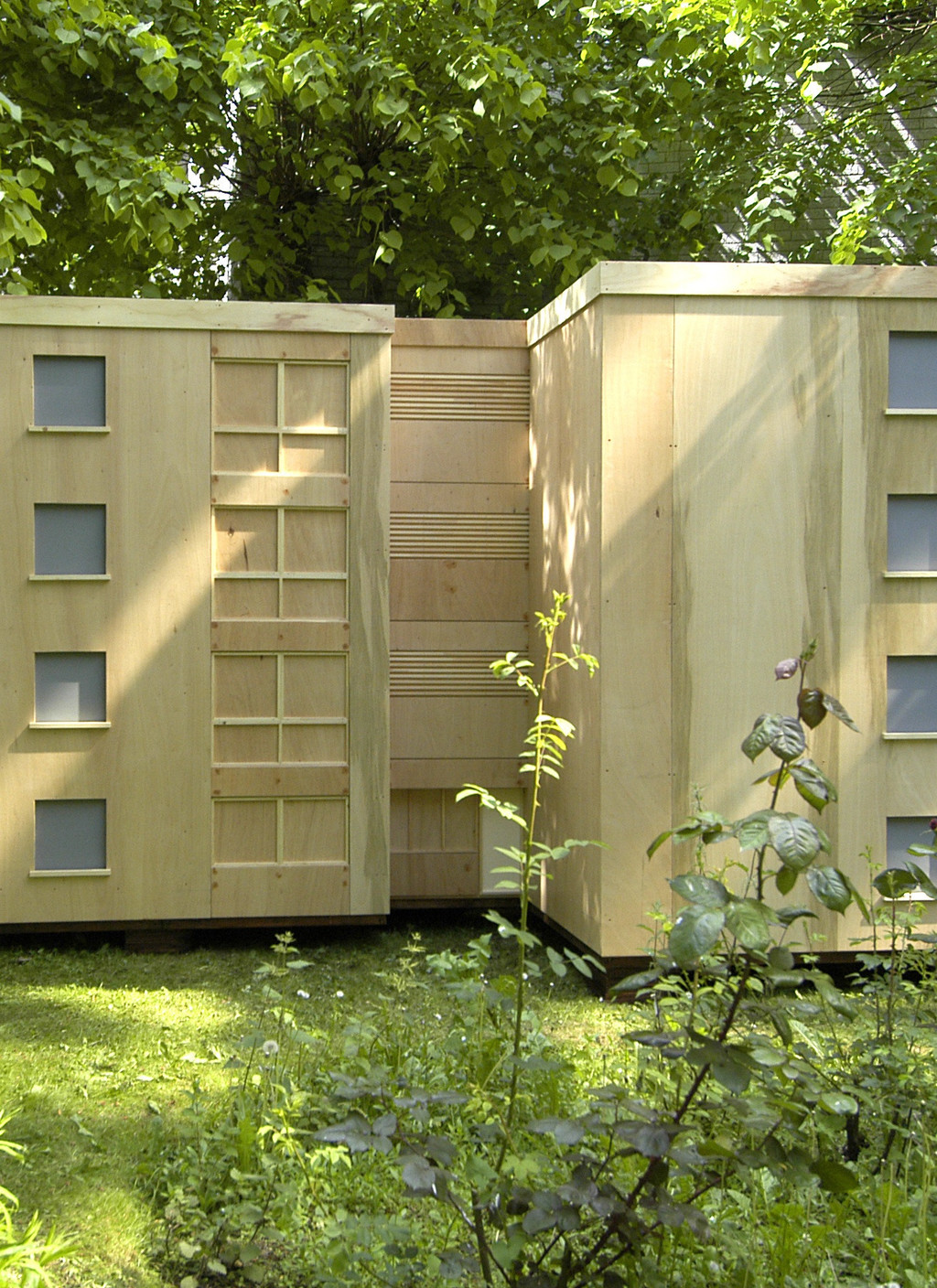 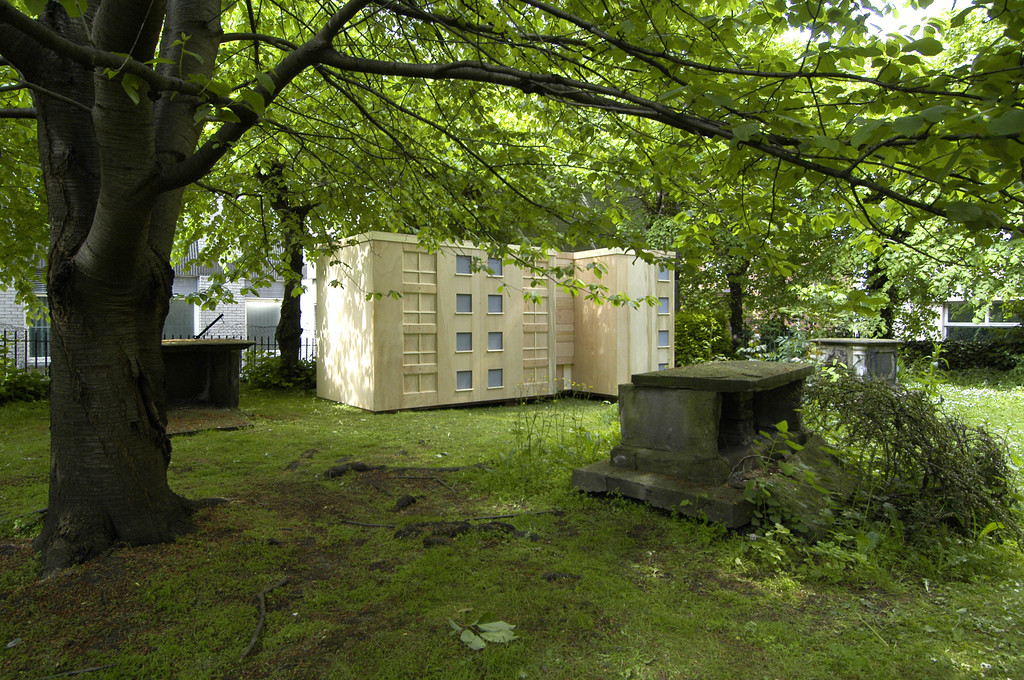 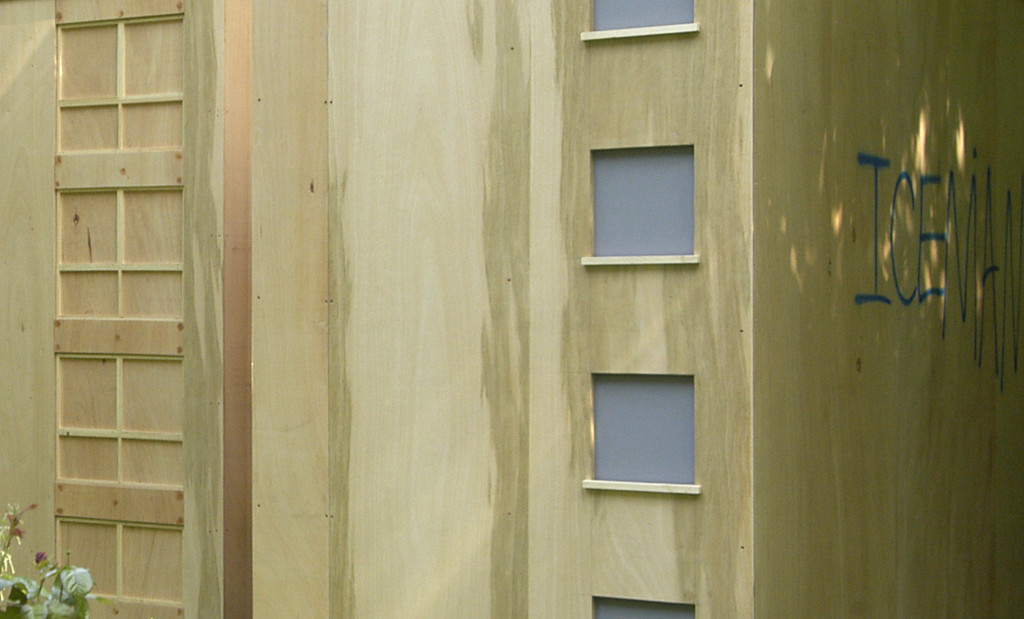 Temporary Sculpture Commissioned by Bristol Legible City for the project 'Thinking of the Outside'. Curated by Claire Doherty

“But you have to stand on a platform and see it coming or you can’t know the feeling a writer gets, how the number 5 train comes roaring down the rat alleys and slams out of the tunnel, going whop-pop onto the high tracks, and suddenly there it is, Moonman riding the sky in the heart of the…

“But you have to stand on a platform and see it coming or you can’t know the feeling a writer gets, how the number 5 train comes roaring down the rat alleys and slams out of the tunnel, going whop-pop onto the high tracks, and suddenly there it is, Moonman riding the sky in the heart of the Bronx, over the whole burnt and rusted country, and this is the art of the backstreets talking, all the way from Bird, and you can’t not know who we are, we got total notoriety now, Momzo Tops and Rimester and me, we’re getting fame, we ain’t ashame, and the train go rattling over the garbage streets and past the dead-eye windows of those empty tenements that have people living there even if you don’t see them, but you have to see our tags and cartoon figures and bright and rhyming poems, this is the art that can’t stand still, it climbs across your eyeballs night and day, the flickery jumping art of the slums and dumpsters, flashing those colours in your face – like I’m your movie, motherfucker.”

Nathan Coley transported a graffiti artist all the way from Dundee to Bristol to letter the lyrical blue tag that names Iceman. This didn’t make the task of tagging the sculpture any easier. Although Coley had photographs of the original scrawled name on a building in Dundee, and merely wished to transfer it, he had neglected to consider that the Iceman had style. His signature held a distilled essence of personality, it was formed by habitual arm gestures, a certain velocity of movement, and these were the property of the original anonymous Iceman alone. Thus Coley and the hired vandal practiced with sheet after sheet of paper pasted up on the plywood structure of the sculpture, changed approach, swapped style, and only after forging Iceman’s tag until it seemed rigid and stale, did they take away the paper, grit their teeth and try and recreate the anonymous artist’s habitual flow one final time: Iceman.

There is an ethic of daring and trespass in vandalism, and so there would seem nothing unusual in the fact that a piece of public art sitting in a old, disused, bolted churchyard should be marked by a vandal who might have lept over the wall in the night. Tagging is a kind of urban baptism that draws the calm face of public structures into a less restful world of private clamour and conflict – it’s a meaningful act of appropriation. Consequently, the tag has the peculiarly comic effect of lending the structure a certain stature and maturity in the urban landscape. If public buildings are the distillation of consensus, graffiti is the last word in disagreement; the last world perhaps, before something is accepted.

It is rather difficult to tell at first glance what kind of structure is Iceman. St John’s Churchyard is secluded, shadowed by buildings, and so rich and dark with leaning trees that passing-by just outside its railings, all one sees is a sheer wall of light plywood. It might be a temporary outhouse, but it has no point of entry; it might be an architect’s model, but it’s rather too large; sitting among old tombs, it could even be considered a monument – were it not built from plywood. In other words, it might be a signpost to the future or a signpost to the past. It will most likely be recognised as art, yet paradoxically, the part which might not be read as art is the title of the work itself, because its scale is deliberately out of proportion with the model.

Iceman in the latest in a series of works Nathan Coley has created over the past ten years which look at architecture. In Villa Savoye (1997) he took the text of a lecture on Le Corbusier’s paradigmatic Modernist domicile outside Paris and mismatched it with slides depicting a contemporary suburban housing development. In a similar project from 2003, Show Home, he created a model house based on an old-fashioned cottage and, accompanied by a publicity campaign, transported it around various sites in Tyne and Wear. Sat on an empty playing field under rainy skies on a housing estate in North Shields, the show home resembled a tardis holding out the promise of an escape to a different, pastoral livelihood.

Architecture may be central to these projects, but it isn’t the profession’s conventional questions of style and design which appear to interest Coley, it is the way in which architecture crystallises inchoate private desires and translates them into public expressions. Of course, this is indeed work done by form and style, but Coley’s interest is not in the profession’s interest in evolving style; rather he is interested in the gap between the ideals of trained professionals and desires of laymen, laymen unschooled in style and more than content with the old fashioned. One might see a little tragi-comedy in the way Villa Savoye highlights the passage – maybe the decline - from Le Courbusier to Barratt, Wilson and Wimpey. Yet it would be wrong, surely, to dismiss these popular spec-built houses as thoughtless stylistic soups and inelegant failures. On the contrary, they too are streamlined machines for living: perfectly tailored to a narrow demographic. And they are not just tailored to the spatial requirements of a co-habiting couple and 2.4 children: they are expressive of ideals of settled life that the families probably never even thought they had. The polychrome brickwork and the frankly exposed slate roofing recall Victorian styles; the arches over the windows echo the Gothic; the way the garage juts out into the forefront might be taken as be a proud assertion of functionalism, and yet the garage door is smartly panelled like a drawing room interior.

With detail in mind one looks differently at Iceman’s apparently generic structure. It might look like a sketchy approximation of a four-story social housing project, but you simply can’t sketchily approximate such things. Like the graffiti tag borrowed directly from the side of a building in Dundee, the details of Iceman’s structure were also lifted directly from a building. And in that building each detail, each spot of colour, has been placed to crystallise a desire, a consensus. The expansive plate glass windows, the open plan rooms, the geometry: they all aspire to engineer equal communities.

Nathan Coley’s Iceman ‘thinks the outside’ in Bristol in a variety of ways, from considering the nature of the city’s public architecture to looking at the character of its overlooked spaces. It is apt, in this regard, that it sits at the edge of the old city walls, like something pushed to the outskirts, buried like the entombed bodies that surround it. But Iceman also ‘thinks the outside’ in the sense that it looks at the passage from unformed private desire to public debate. Coley’s work hasn’t only addressed this theme in terms of architecture. In his series Landmark Portraits (1999) he depicted himself outside a variety of public buildings acting out public desires, or rather, making them absurdly literal. In Waiting for the Scottish Parliament, Coley sits idling on a bench, biding time: the title is a phrase drawn from media coverage, and yet no-one could have been said to be ‘waiting’ for the Scottish Parliament in quite this way. Similarly, in Applauding the Millennium Dome, Coley stands clapping: whatever the media might have meant by applause for the dome, they certainly didn’t mean clapping.

The terms and idioms of public debate often bear no relation to perceived reality, but they do express real desires. We are not just people with families, we are social beings, and in that sense a part of our private self has the desires of a corporate, public self. It is a peculiar, somewhat irrational character – wounded by wars it doesn’t fight; shamed by defeats it never witnesses – but a real one nonetheless. Society simply satisfies the needs of those different selves, the public and the private, by making some spheres of life the province of one self, and other spheres the province of another. It used to be the difference between the home and the boardroom, though as the sphere of informality grows, even the boardroom can be a space to reveal individuality and personality. The ground between the public and the private is continually shifting, and it is on this shifting ground that Coley makes his art.

One characteristic that Coley’s work has often revealed about these shifting spheres is the fact that private feelings can be muffled and suppressed if society does not have a category to accommodate them, does not give them an organ of expression. For example, many remark of the meanness and informality of modern funerals: they have travelled far from the theatre of Victorian mourning. In a sense, one can see a parallel of this in our inability to mourn the passing of certain public forms. If Iceman is a graveyard memorial, it is a memorial to a great many things: an ideology, a way of living, a modern landscape. Like the titular line which appears in the empty windows of Coley’s blackened model of the demolished Marks and Spencer building in Manchester, a work completed in 2002, it is a lament: ‘I don’t have another land.’ We are not meant to feel deep sorrow for such things as department stores, Modern architecture, discredited ideas; and yet we do, and properly so, for mourning is a healthy form of contemplation.

At the conclusion of his own lament for modern society, The Fall of Public Man, Richard Sennett reflects that intimacy has become a kind of tyranny that has tipped the old balance between public and private life. Cults of personality, authenticity and individual expression have destroyed a settlement in which there was once a large personal realm in which man could invest one kind of passion, and a large impersonal realm where he could invest another. Post-Romantic art has been the victim of one aspect of this, as art has become a matter of compelling emotion above all else; the city has been the victim of another aspect: it has been shunned as the epitome of all that is impersonal. Iceman works across this territory: it turns its gaze on an aspect of the city which has been rejected and written over by a supremely personal expression, a signature. If, finally, Iceman is hard to decipher, and if some people passed by it day after day during the exhibition never quite knowing what it was, that is because it doesn’t speak in the conventionally expressive voice of art. Its surface and structure speak in several voices of which the artistic is just one; Iceman is about all those voices.

From the exhibition catalogue 'Thinking of the Outside' Situations, Bristol